Virgil is the deuteragonist of Portal Stories: Mel. He aids the player throughout Aperture, and the game itself.

Virgil (VC321xb47) is a Maintenance Core who fell off his management rail and into the depths of Old Aperture, where he laid for a long time until Mel was reawakened. At first he pretended to be Cave Johnson, attempting to convince Mel nothing had changed, until he admitted Mel wasn't stupid enough to fall for that and then revealed who he really was and what was really going on. Mel made her way up to the section where Virgil was and eventually found him, bringing him along.

Virgil's Testing Track are test chambers that are constructed by Virgil. He guides Mel through them in an attempt to escape to the surface, but was quickly hijacked by AEGIS, who attempted to kill them both. In an effort to save both their skins, Virgil helped Mel escape higher in the facility, where plant overgrowth in certain testing tracks could potentially hide Mel.

Virgil's plan worked: AEGIS was blind in the overgrown chambers and couldn't detect them. He noticed some debris blocking the elevator path and quickly activated the emergency brakes. He meets up with the player in an old surveillance room and then proceeds to start hacking into the systems. Attempting to "hack" into the system, he guessed passwords including "override", "admin", and "letmein". The password "admin" opens up a panel with a button labeled "Admin Override", in which he reacts in disbelief if the player chooses to push it.

When approaching AEGIS, Virgil will not accompany you due to there not being any management rails. He then reassures you by saying he will "give support as needed". As you confront AEGIS, the player must destroy all of his servers. A quarter of his servers are destroyed by electrified water that was pumped up previously, and the player must then utilize the new turrets in order to destroy the rest of the servers. Eventually, AEGIS uses the old turrets' programming against you prompting you to get under pressure. When defeated, you must go into AEGIS's Central Hub, and deactivate the Toxin Pumps and AEGIS.

By the end of the journey, Virgil has changed quite a lot. He is emotional to see Mel go, but still calls an elevator to the surface for her to escape. He admits he's not sure what's up there, but it must be better then what was down here in Aperture. He wishes Mel luck as the elevator arrives and watches it go up. Virgil's fate is left unknown.

During this fan-film made by Harry101UK, Virgil is shown to indeed be alive and is back at his old job, which is being a maintenance core. He shows off how he does his job by fixing the eye of a core, nicknamed "Glitchy". Glitchy is thankful until his lower handle falls off, and then he explodes. Virgil then states that that happens a lot.

During the sequel to Meet the Cores 2, it cuts to a film known as Star Cores. After, it shows Fact Core and Virgil on chairs watching the show. Virgil asks how good quality is even possible in shows after the destruction of society, and Fact Core answers saying that it's all computer generated. 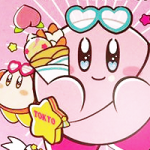 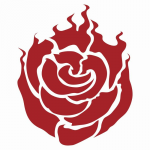 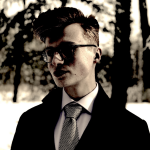 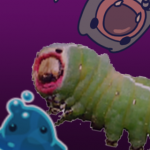